The 6th ICLARS Conference will be held in Cordoba (Spain), from 19 to 21 September 2022. The general theme of the conference is: Human Dignity, Law, and Religious Diversity: Designing the Future of Inter-Cultural Societies. The aim is to analyse how the notion of human dignity, which is the central axis of the Universal Declaration of Human Rights of 1948, can help create common ground between competing understandings of human rights that have an impact on freedom of religion or belief. Human rights were conceived as an instrument to achieve social cohesion and harmony but have often become a battlefield for conflicting ethical and political positions. This betrays the very notion of human rights, which are universal by nature and should be aimed at uniting, not dividing, society.

The ICLARS (International Consortium for Law and Religion Studies) is an international organization with base in Milan, Italy (http://www.iclars.org/). It was founded in 2007 and counts already more than four hundred members of the five continents, most of them renowned scholars and intellectuals linked to universities; there are also members coming from governmental institutions, legislatures, the judiciary and the media. The ICLARS is an independent and ideologically neutral institution, whose aim is to study the legal, social, political, and cultural implications of freedom of religion from a plural perspective. In its ten years of existence it has become a forum of reference and a source of initiatives at the international level.

The ICLARS organizes a biennial world conference. Past conferences were held in Milan, Santiago de Chile, Richmond (Virginia, USA), Oxford and Río de Janeiro. Each of them has produced publications in renowned publishing companies and has been source of inspiration for people involved in public policies in various countries.

The organization of the 6 th ICLARS Conference has been entrusted to LIRCE(Instituto para el Análisis de la Libertad y la Identidad Religiosa, Cultural y Ética - Institute for the Analysis of Religious, Cultural and Ethical Freedom and Identity), which will work in collaboration with and with the sponsorship of the Project “Consciencia, Espiritualidad y Libertad Religiosa” at the Spanish Royal Academy of Jurisprudence and Legislation; the University of Cordoba; the International University of Andalusia (UNIA); the research group REDESOC at Complutense University; and other local and regional institutions, public and private. The President of the organizing committee, as well as director of REDESOC, is Javier Martínez-Torrón, Professor of Law at Complutense University and member of the steering committee of ICLARS.

Although the conference is primarily aimed at scholars from all over the world, it is also open to other legal actors with interest in the area of freedom of belief and religious and cultural diversity, such as people involved in governmental institutions, legislatures, international organizations, religious communities, NGOs, etc.

The venue of the conference will be the Palace of Congresses of Cordoba, a historical 16th century building, recently renewed and remodelled, which is a few steps away from the unique Mosque-Cathedral of Cordoba, a UNESCO World Heritage Site since 1984.

During the three days of the conference, plenary sessions will be held in the morning. These will feature renowned scholars from diverse parts of the world, other legal actors (such as international and constitutional judges or persons involved in legislative/governmental activity), and representatives of the media and of civil society. Simultaneous interpretation (English/Spanish) will be available in all plenary sessions.

The speakers at plenary sessions include: John Witte, Director of the Center for the Study of Law and Religion at Emory University (Atlanta, USA); Michael W. McConnell, former Federal Appeal Judge of the United States and Director of the Constitutional Law Center at Stanford University; Ann Power-Forde and András Sajó, former Judges of the European Court of Human Rights; Eduardo Ferrer Mac-Gregor, Judge of the Inter-American Court of Human Rights; Carmen Asiaín, Senator of the Republic of Uruguay; Sophie van Bijsterveld, former Senator of The Netherlands; Heiner Bielefeldt, former UN Special Rapporteur on Freedom of Religion of Belief; Jan Figel, former European Union Special Envoy for the promotion of the freedom of religion or belief outside the EU; Francisco Caamaño and Rafael Catalá, former Ministers of Justice of Spain.

The afternoon/early evening will be devoted to concurrent or parallel sessions, which will be announced later, once the proposals received as a result of the call for papers have been selected. Parallel sessions can be held in any of these five languages: English, Spanish, French, Italian and Portuguese (no interpretation will be provided). 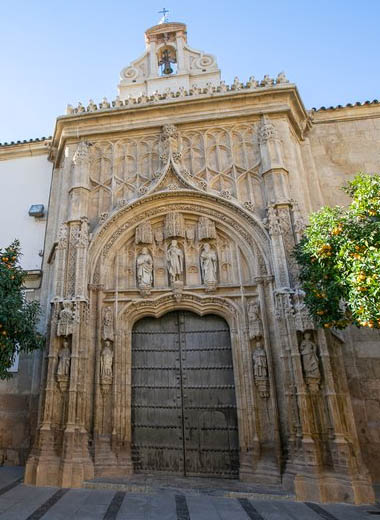 Center for the Study of Law and Religion – Emory University

Oslo Coalition on Freedom of Religion or Belief